I'll start this update by saying that an awful lot has happened in my angling and personal life since my last entry, way too much to remember even if I wanted to so I'll start with the now, my most recent trips out, which also happen to coincide with the start of the 2017/18 season!

I had originally planned to start the season with an opening night session in my favourite Barbel swim on the Trent but when the time came to pack the car I really wasn't feeling it at all. Instead I opted for an early morning Lure session with a couple of mates, Pip and Jacob. It was their first time fishing on my local bit of Trent and I was looking forward to putting them on a few nice spots. They were looking for some topwater Pike action and I was confident of finding them some.

When they said they wanted to go early they weren't wrong and it was 4am when they turned up at mine! Soon enough we were on the river and the lads were chucking some pretty hefty pieces of wood and plastic around. I decided to stick with a lighter jighead setup in the hope of a nice Perch or Chub.

There was plenty of fish moving all over the river but the first few swims proved fruitless catchwise. To be fair we were fishing pretty deep water but I was confident the shallows further up would produce something. Once we got there Jacob had the first fish of the day, a small pike which wasn't much bigger than the lure he was using! Within a minute or so I also had my first of the season, a small Perch. 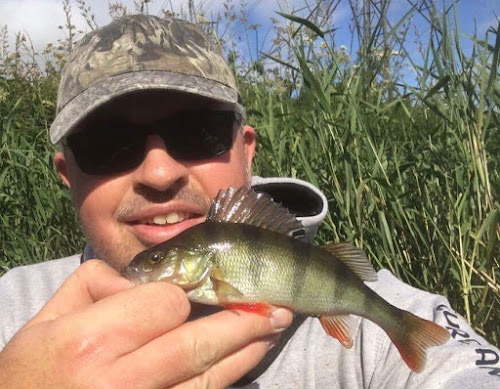 Jacob started casting a large rat imitation around and the action of the lure really was something to behold, I had a feeling it wouldn't be long before something nailed it. Sure enough, in the next swim along, the rat disappeared in a big vortex and another slightly larger pike came splashing angrily into the net. 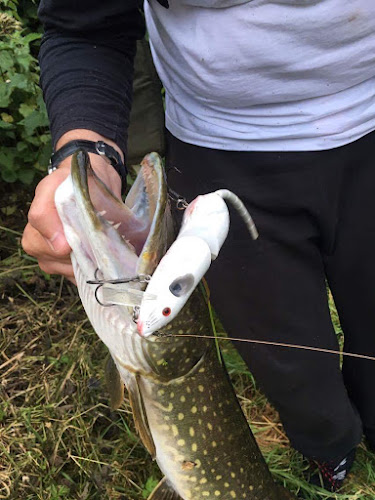 Over the next half hour I maintained a steady stream of small Perch and Pip finally got off the mark with what was to be the biggest pike of the day on a Mark Houghton topwater lure. Pip was just commenting on the lures 'walk the dog' action when a Pike launched itself vertically like a missile, clearing the water by a good 2feet with pips lure in its mouth! Truly one of the most spectacular surface hits I've ever seen.

As the sun began to gather strength towards mid morning the action was decidedly stale, I lost a really nice Perch to a hookpull and Pip lost another Pike but at around 10.30 we decided to leave the Trent, get some breakfast and make a plan for the afternoon.

The afternoon plan was to head to a lake I knew which has completely unknown potential other than that it contained predators. On the way however we got distracted by a small river we passed which looked like it had some fish moving. After rapidly scaling things down as best as we could it didn't take long before pip nailed a tidy little Trout and I managed some more small (very small) Perch.

Onto the lake and the lads were soon chucking their big surface lures about and it didn't take long to get some interest as Pips lure was hit 3-4 times by the same fish and he still didn't hook up! I found Wasp heaven on the light tackle as every cast was a coconut! A seemingly unending string of tiny Perch fell foul of my dropshot setup and after around 3meters of them I got a bit fed up at which point we decided to call it a day. 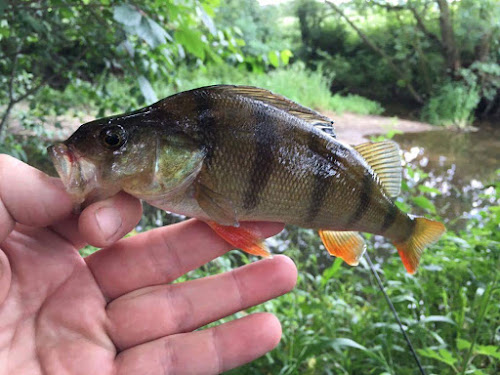 The following day I took my lad Lewis back over to the Perch lake has he had been badgering me to take him fishing all week. Considering it's the first time he's ever shown a real interest in going fishing I wanted to take him somewhere he would definately get a few and the recent find fitted the bill nicely. After a few initial tangles he was soon casting confidently, getting bites and even catching a few! 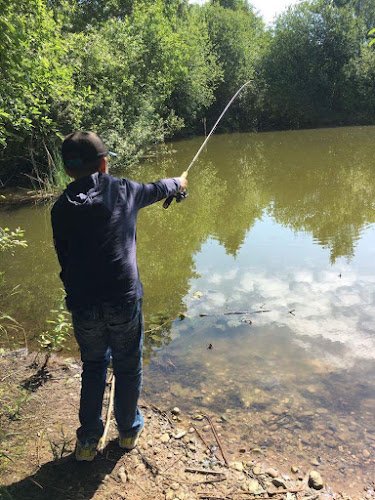 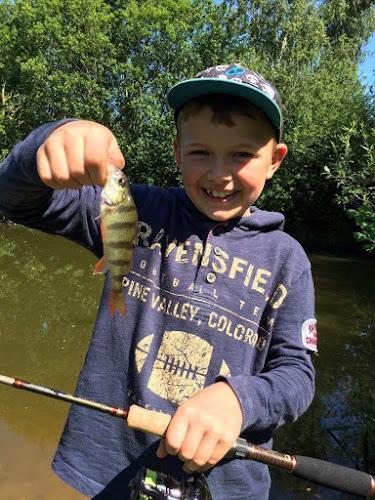 The sun was out in force and the heat really was starting to get a bit savage, I kept asking Lewis if he'd had enough yet but there no stopping him! In the end I literally had to drag him away from the pool before we got too burnt. Thankfully he loved our little trip and is pestering me to take again as soon as possible. 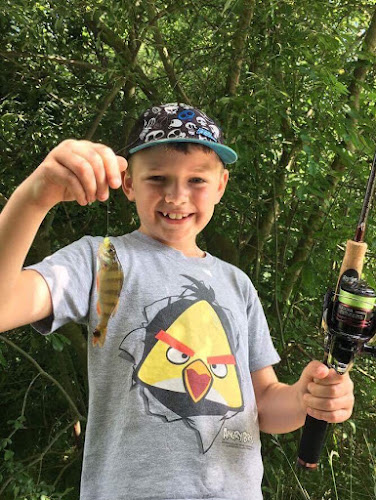 Posted with Blogsy
Posted by Leo Heathcote at 20:08